Katie Desch is a sophomore with the intended major of Public Relations and minors in Business and International Relations. She is from a small town in central New Jersey and has been singing her whole life. Katie is super excited for her first year at Penn State and to be involved in Savoir Faire! In high school she was part of the music program’s Concert and Show Choirs. In addition to singing, Katie enjoys photography, theater, and sports. When she’s isn’t studying, (If she’s not onstage) she’s likely at a football or soccer game or wrestling match. She is involved with Penn State Thespians and ComRadio on campus this year. Katie looks forward to the future here at Penn State and with Savoir Faire. 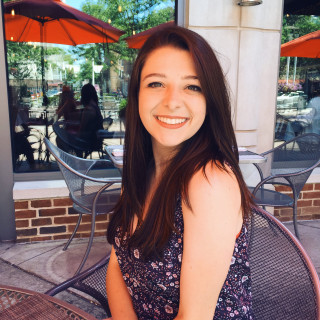