Anna is our overseas correspondent. As she is from the land down under, Anna has done her very best to educate the rest of us in Australian culture, such as Tim-Tams, which are a type of "biscuit," and vegemite, which is a type of "yucky." Anna has a loveable accent which makes words like "car-park" sound magical.

She thinks that anyone who purposely chooses to live in weather this cold is just crazy, but she could be found frolicking in this northern phenomenon called snow. Anna can sing crazy high and is just in general pretty freaking awesome. 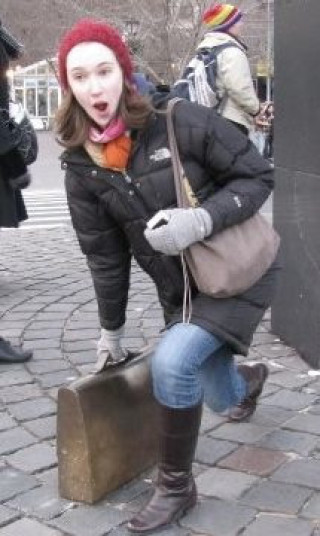